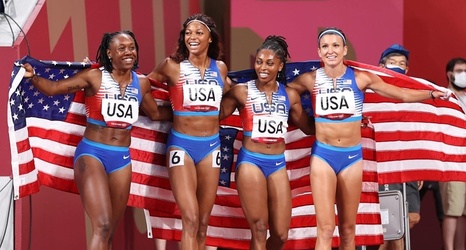 Prandini teamed with Javianne Oliver, Teahna Daniels and Gabby Thomas to get the baton around track in 41.45, trailing only Jamaica (41.02) in the race. Like Gardner did in the preliminary heat, Prandini ran the third leg in the lineup and helped strengthen the team's hold on second before handing off to Thomas on anchor.