Sewell Lets His Play Do The Talking 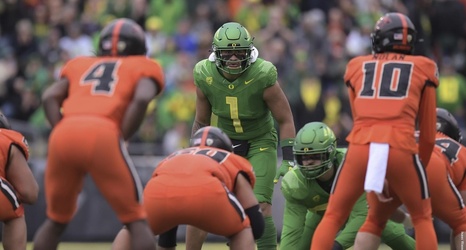 The Oregon linebacker attacks blocks violently. He tackles ballcarriers explosively. He captains the UO defense from the middle of the field with a commanding presence.

Through his play, Sewell has forced the nation to take notice. After leading the Ducks with 114 tackles last season, he was on the preseason watch lists for the Nagurski Trophy and the Bednarik Award, each of which is given to the top defensive player in all of college football. Sewell's name appears regularly on preseason all-America lists.