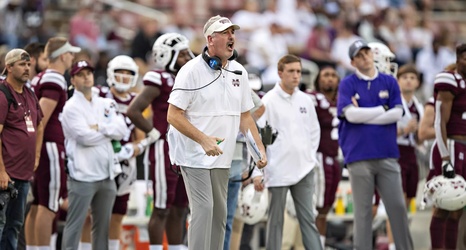 Prior to Moorhead’s stint as head coach at Mississippi State, he was the offensive coordinator at Penn State under offensive minded head coach James Franklin. He led an impressive uptick in offensive performance over the previous OC in Happy Valley (washington’s new OC John Donovan).