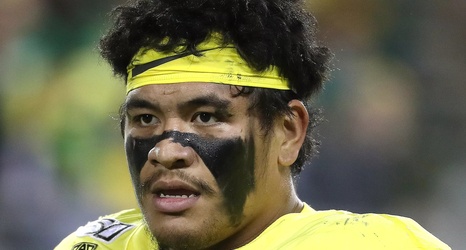 The women’s basketball team has announced that the NCAA denied the waiver request for transfer Sedona Prince. As a result, Prince will not be eligible to play for the Ducks this season. Prince is a redshirt freshman who transferred from Texas.

Dwight Janes writes that for the Oregon football team, the departure of OC Marcus Arroyo could be a good opportunity to make an offensive change. Janes argues that with Arroyo leaving and Herbert graduating, a shift in philosophy might make sense.

Penei Sewell has won the Morris Trophy, given to the best lineman in the Pac 12 and is awarded to one offensive and one defensive lineman each year.