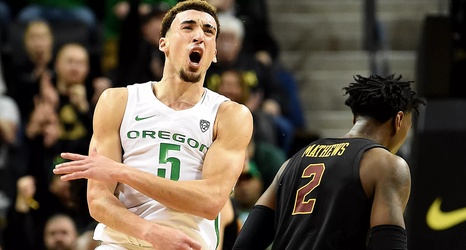 Men’s basketball needed two overtimes to defeat USC at home last night, 79-70. The Ducks were lead by a near triple double from Chris Duarte with 30 points, 11 rebounds, and 8 steals. Payton Pritchard scored 24 points and became the first player in conference history to achieve 1,500 points, 600 assists, and 500 rebounds.

In advance of the Civil War games tonight and Sunday for women’s basketball, Kelly Graves calls it the best rivalry in the sport. Heading into the weekend Oregon is ranked 4th nationally and Oregon State is ranked 7th. Oregon has an average home winning margin in conference of 44 points per game so far this season.