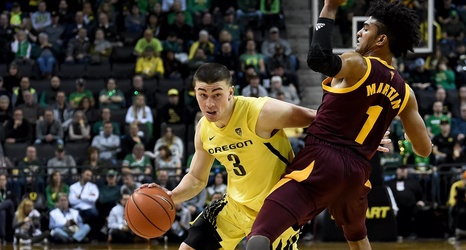 Oregonlive looks at who might be in line to replace Justin Herbert next year for the Ducks. Tyler Shough is the likely successor, as he was the clear #2 this year, but there will be an open competition between him, Cale Millen, and the two incoming freshmen.

Payton Pritchard is two wins away from tying the school record for career wins. GoDucks talks with his family about Payton’s decision to stay home, their ability to see his games, and the early formative experiences that made Pritchard who he is.

Jaylon Redd has returned to the football team per Mario Cristobal.