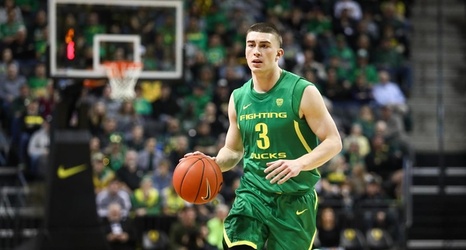 SAN FRANCISCO – A year removed from the disappointment of being left off the all-conference team, Payton Pritchard capped a dominating regular season by being named Pac-12 Player of the Year Monday as voted on by the league's coaches.

Pritchard was also a member of the conference's all-league first time, while teammate Chris Duarte was named an honorable mention selection for both the all-conference team and the all-defensive team.

Pritchard is one of just three players nationally averaging at least 20 points, four rebounds and five assists per game.

He is attempting to join Gary Payton (Oregon State, 1989-90), Damon Stoudamire (Arizona, 1994-95) and Jason Terry (Arizona, 1998-99) as the only players in conference history to lead the league in both scoring and assists.