Payton Pritchard, No. 17 Oregon Surge in 2nd Half to Hold off No. 16 Colorado 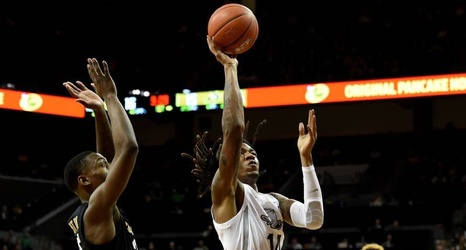 Coming off two straight losses, the Ducks bounced back at home in Matthew Knight Arena as Payton Pritchard earned his second double-double of the season. Oregon (19-6, 8-4 in conference) improved to 13-0 at home while adding another impressive win to the resume.

The Buffaloes led by nine at halftime and were up five with six minutes remaining, but a 12-0 run in the closing minutes helped the Ducks take over. Will Richardson scored 17 of his 21 points in the second half as part of the come-from-behind win.