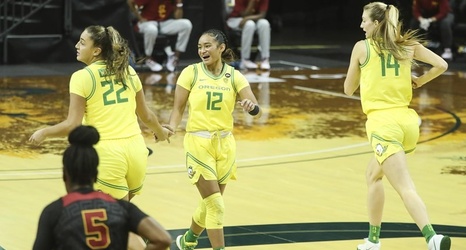 EUGENE, Ore. – Oregon sophomore guard Te-Hina Paopao was one of 20 players named to the preseason watch list for the Nancy Lieberman Award, given annually to the top point guard in the nation.

Paopao is coming off of a freshman season in which she earned All-Pac-12 honors while also being named to the all-freshman team. She became just the fifth UO player ever to receive first-team all-conference recognition and the first since Sabrina Ionescu and Ruthy Hebard in 2016-17. Paopao averaged 10.2 points and 3.2 rebounds per game while leading the team with 4.