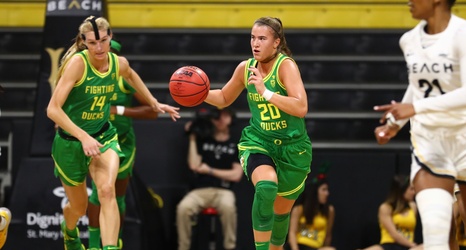 It was supposed to be a draw as a top ten game between Oregon and Oregon State for the second time in two days, but it was overshadowed by the death of Kobe Bryant on Sunday.

The Oregon Ducks and Oregon State Beavers found out the news about an hour before their expected tipoff and pregame warmups took on a different meaning. The sound of dribbling basketballs was replaced with the sound of silence as players from both Oregon and Oregon State met at midcourt in prayer for Bryant, who died a few hours earlier in a helicopter crash.