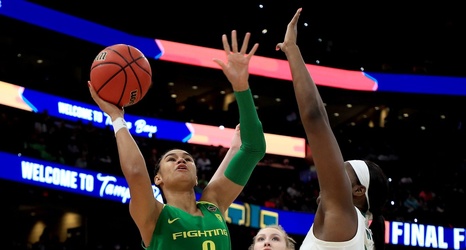 Satou Sabally was on from the start scoring a season-high 31 points in a 105-55 win over the Golden Bears. Erin Boley found her shot going 6 for 8 from the floor. Boley will be a player that the Ducks will need over the next two months so it was key that she was able to find her shot. Sabally helped the Ducks to shooting better than 60 percent from the floor and 58 percent from three-point range as five players scored in double figures.

While Sabrina Ionescu was not the focal point, the Senior made her presence felt in the win.