Oregon football makes cut for No. 2 prospect in 2022 recruiting class 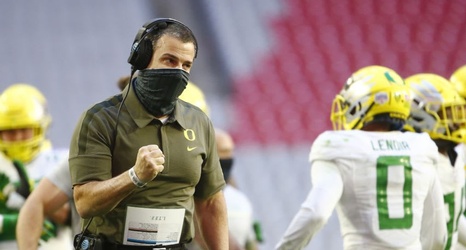 When Mario Cristobal was hired as Oregon’s head coach back in 2017, he was just two years removed from his Alabama days and being named the 247Sports National Recruiter of the year. It was clear he had what it took to bring talent to Eugene, but could he coach it up?

Through three-plus seasons, the answer is overwhelmingly “yes”.