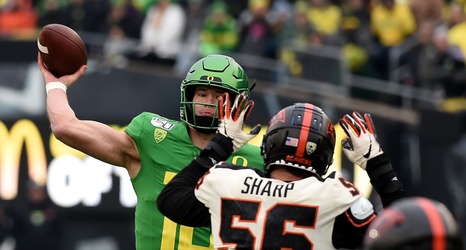 The Oregon Ducks opened the 2019 Civil war with the ball and on offense. The Ducks Offense was able to get the ball into the red zone and had two series to get into the endzone setting on a 32-yard field goal by Camden Lewis for a 3-0 lead.