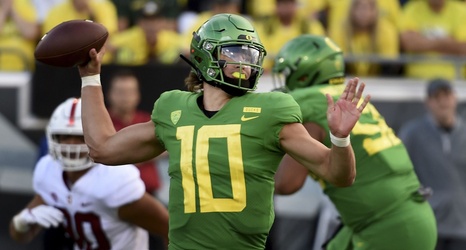 It is Senior Day as the team will say goodbye to one of the most successful senior classes in the history of the program, led by hometown favorite Justin Herbert. Herbert surpassed 10,000 passing yards several weeks ago and a win Saturday will make the 8th successful undefeated season at Autzen Stadium since it opened in 1967.

Herbert has been the key to several comeback performances this season including against Washington and Washington State. Last week, Herm Edwards and Arizona State found a way to win the time of possession as Herbert made several mistakes, including throwing two interceptions.