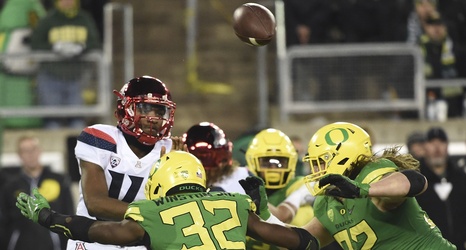 The news came on Monday and was first reported by Bruce Feldman that Williams was going to leave the Ducks for USC. He is departing for reasons of family and I will not fault him for that. Williams has helped the Oregon secondary become one of the best units in the country during his time with Oregon Football.

Williams sited the failing health of his father as a key reason for wanting to get close to his LA area home. In a post on Twitter, he thanked Oregon and the fans for the time he was given with the Ducks as well as Coach Helton from USC for the opportunity.