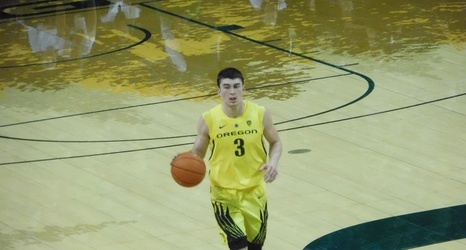 Oregon Basketball has been tested early this season and those early challenges have allowed this team to gel and build chemistry faster than any other Dana Altman team in his tenure. The catalyst over the last four seasons has been the play and experience of Payton Pritchard and he showed it again on Saturday night.

The Senior for the Ducks scored 29 points opening the night with a three-pointer going 6 for 9 from distance in the win. Oregon swept the opening weekend of Pac-12 play at home over the Arizona schools, a challenge in past seasons that likely would have been a split or an 0-2 start.