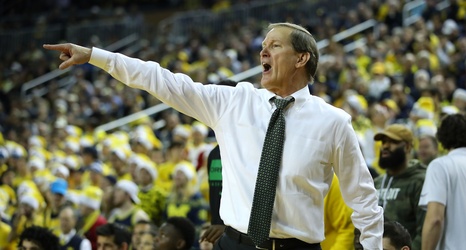 For the second straight game, Oregon had a lead and lost it in the second half. Oregon opened the second 20 minutes of play scoring three straight times down the floor to build a 10 point lead. The Ducks played short as N’Faly Dante and Francis Okoro were not available for the game at Oregon State.

Without their respective size, Oregon was forced to play small and it was not to their advantage as Oregon State made second-half adjustments as the Ducks forced long shots and were not easily able to go inside. Oregon State finished with 17 assists and 34 points in the paint.