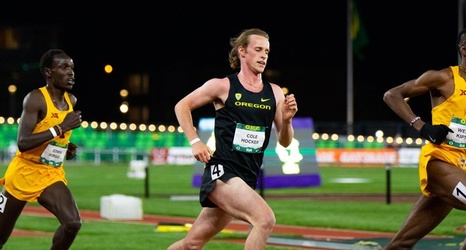 EUGENE, Ore. – In advance of next week's NCAA Championships at Hayward Field, the Men of Oregon collected a trio of USTFCCCA regional accolades Friday. Robert Johnson and Ben Thomas were voted the West Region Coach and Assistant Coach of the Year, respectively, while Cole Hocker is the region's Track Athlete of the Year.

The Men of Oregon, ranked No. 2 in this week's USTFCCCA poll, are tied for the national lead with 15 entries in the NCAA Championships. Overall, the UO men will be represented by 13 individuals across nine events and the team's 4x100-meter relay.