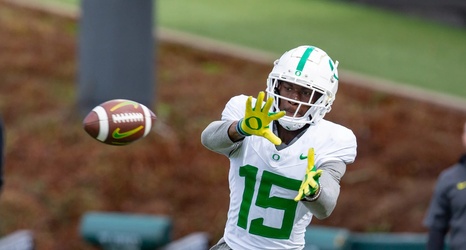 After a frustrating season from Oregon’s wide receiver corps that saw the departures of almost every impact player the Ducks had at the position, it was obvious that a new infusion of talent at the position was needed.

While the results on the field have yet to unfold with the season still being several months away, Adams, who spent the last few years coaching at (shudder) Washington, has been on a recruiting hot streak so far this spring.

Three of the four highest-rated prospects that Adams has ever secured have already given verbal commitments in Jurrion Dickey, Kyle Kasper, and Ashton Cozart.