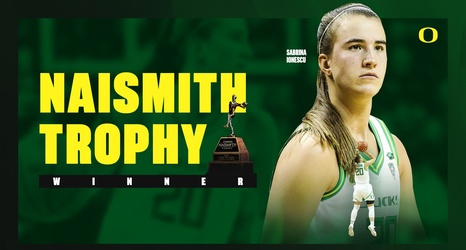 Ionescu is the eighth Pac-12 player ever to win the Naismith Trophy, and the first since Kelsey Plum in 2017. Ionescu has now won both the Naismith and the Wade Trophy, and has also been named the national player of the year by the Associated Press, USBWA and ESPN.com.

"This one is definitely special," Ionescu said on CBS Sports HQ after the award announcement.