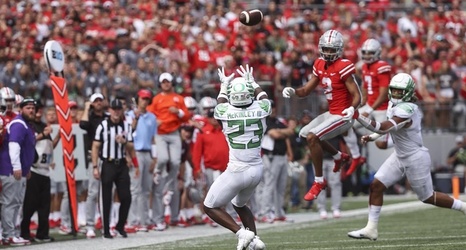 EUGENE, Ore. — Safety Verone McKinley III and running back CJ Verdell each earned national honors on Tuesday for their performances in Oregon's historic win at No. 3 Ohio State last weekend.

McKinley III, who helped seal the win with an interception late in the fourth quarter, was named the Bronko Nagurski national defensive player of the week by the Football Writers Association of America. As the weekly winner, McKinley III has been added to the watch list for the Bronko Nagurski Trophy, which is awarded to the nation's defensive player of the year.