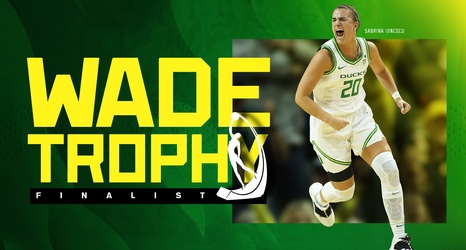 Ionescu is one of four finalists for the honor along with Dana Evans (Louisville), Tyasha Harris (South Carolina) and Aari McDonald (Arizona). The WBCA will announce the winner of the 2020 Wade Trophy on April 2.