Herbert Named Division I Academic All-American of the Year 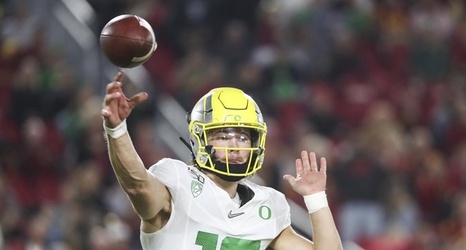 EUGENE, Ore. – Justin Herbert continues to pile up the academic honors. The Ducks' starting quarterback the last four seasons is the Division I CoSIDA Academic All-American of the Year®, the organization announced today.

Herbert was selected from all men's and women's sports sponsored by the NCAA. He is just the third Oregon student-athlete to claim the award, joining Bill Musgrave (1990) and Galen Rupp (2009).

"It's a huge honor," Herbert said. "It's a reflection of the University of Oregon and our football program. The way we did things on and off the field, the way that Coach Cristobal and Coach Arroyo did things and what they emphasized set the standard for everyone.