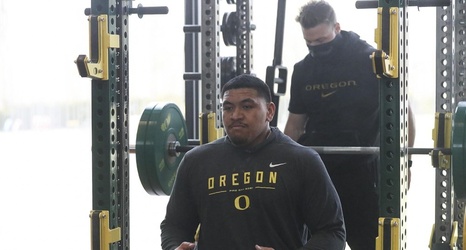 Oregon hosted its annual pro day for NFL scouts Friday, an event with increased attention this year due to both the cancelation of the league's annual scouting combine and the presence in Eugene of some highly regarded prospects in this year's NFL Draft.

One year after quarterback Justin Herbert commanded attention at Oregon's pro day – before being the No. 6 pick in the draft and winning Rookie of the Year with the Los Angeles Chargers – scouts flocked to see another potential top-10 pick, offensive tackle Penei Sewell.