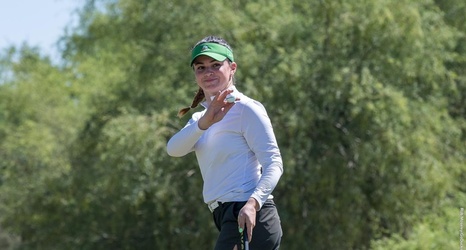 SCOTTSDALE, Ariz. — Grayhawk Golf Club again put up a fight Saturday against the best women's golf teams in the country, but this time the No. 2-ranked Oregon women were equal to the task.

One day after shooting 9 over in gusting afternoon winds during the first round, the Ducks posted the best round so far by any team in the tournament in Saturday's second round. Led by scores of 1-under 71 from Tze-Han (Heather) Lin and Sofie Kibsgaard Nielsen, the UO women shot even par as a group Saturday to pick up four strokes on first-place Stanford and enter Sunday's third round in second place overall.