Ducks Host Colorado with First Place on the Line 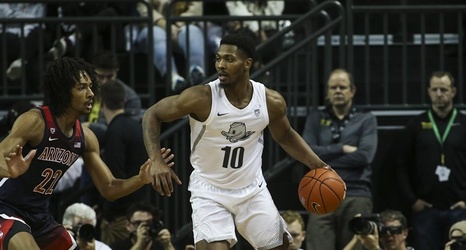 No. 17 Oregon will play five of its final seven regular season games at Matthew Knight Arena. That stretch begins Thursday when the Ducks host No. 16 Colorado at 6 p.m. The game is part of ESPN's "The Crossover" with the NBA.

THE STARTING FIVE
• 1 – Oregon's game against No. 16 Colorado will be its seventh game versus a top-25 opponent this year. That's the most ranked foes the Ducks have faced since also playing seven in the 2008-09 season.
• 2 – Entering the week, Payton Pritchard is the only player in the nation leading his leading his conference in both scoring and assists.