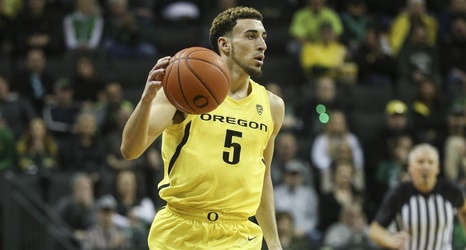 EUGENE, Ore. — Completing a sweep of the first Pac-12 homestand of the season, the No. 9 Oregon men's basketball team had the lead for all but 39 seconds of Saturday's game, a 78-69 victory over Arizona State before 9,213 fans in Matthew Knight Arena.

Payton Pritchard tied his career high with 29 points, getting to the rim for a couple of crucial baskets down the stretch as ASU tried to come from behind. Pritchard's big game came two days after his fadeaway jumper forced overtime in the Ducks' win over Arizona.

How It Happened: Pritchard opened the game with a three-pointer, setting the stage for a 6-of-9 performance on the night from behind the arc.