Ducks Have Answers To Sweep Utes 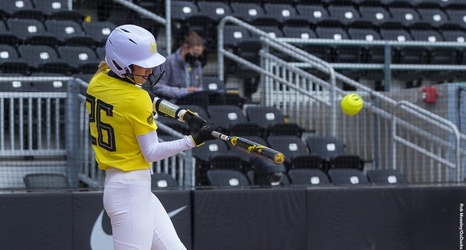 Yanez (9-0) was touched for runs in the first and fifth innings, but the Ducks came right back and put multiple runs on the board in the bottom of each inning. Haley Cruse and Alyssa Brito homered in the first, and Terra McGowan singled in two runs with two out in the fifth.