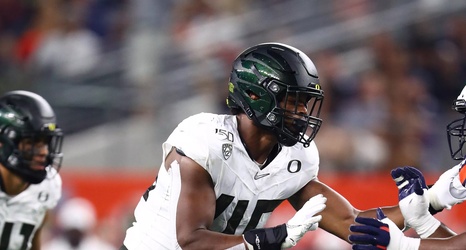 Head Coach Mario Cristobal held his weekly press conference with the media earlier this afternoon and he had some injury updates plus some news regarding the team.

Gus Cumberlander will miss the remainder of the season due to the injury he suffered Saturday, @coach_cristobal said. CJ Verdell and Daewood Davis should be OK this. #GoDucks

Some unfortunate news that we were dreading when the initial injury happened. Gus Cumberlander has likely ended his Ducks career on a sour note as he was injured pretty severely in the game against Cal.