Ducks Finish Off Sweep at Cal 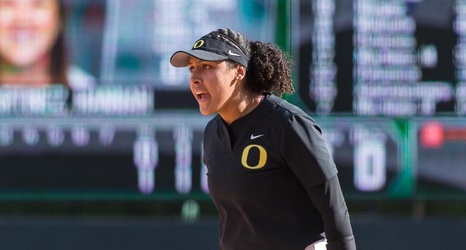 BERKELEY, Calif. – Oregon's offense got off to a fast start before the pitching locked it down the rest of the way in a 3-1 win over California to complete a four-game road sweep of the Bears.

The Ducks finish the regular season 37-15 overall and 14-10 in Pac-12 play and will learn their NCAA Tournament fate during Sunday's selection show (6 p.m., ESPN2).

How it Happened: The Ducks jumped ahead early on once again, scoring in the top of the first to go up 1-0. After Hanna Delgado doubled with one out, Rachel Cid cashed her in two batters later with a two-out RBI single to left field.