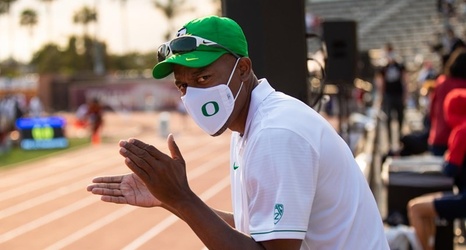 EUGENE, Ore. – On the heels of guiding the Men of Oregon to their 14th-consecutive conference championship, Robert Johnson was voted the 2021 Pac-12 Men's Coach of the Year as announced Wednesday afternoon by the league office. Additionally, conference Freshman of the Year honors went to Alysah Hickey for her victory in the long jump.