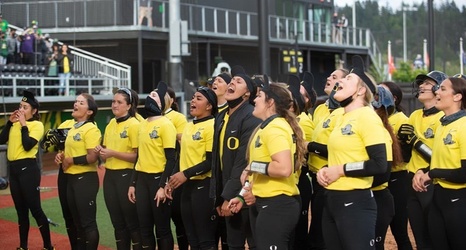 No. 11 Oregon wraps up the regular season when it heads out on the road to take on California in a four-game series Thursday through Saturday. Oregon will look to solidify its resume as a potential top-16 host for NCAA Regionals, which will be announced during Sunday's selection show. The Ducks head into the week in fifth place in the conference, but with a chance to finish as high as third in the league. Cal leads the all-time series, 79-56, but the Ducks have won 18 of the last 20 meetings since 2013.