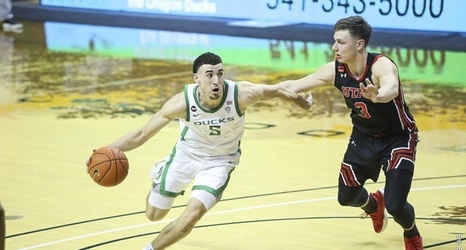 The senior from Puerto Plata, Dominican Republic, was named the 2021 Jerry West Shooting Guard of the Year by the Naismith Memorial Basketball Hall of Fame. He is the first Oregon player and the first Pac-12 player to receive the Jerry West Award.

The seven-time All-American was one of just two players nationally who averaged at least 17.0 points and 1.9 steals per game, while shooting 50 percent from the field. He was the only major conference player with those averages.