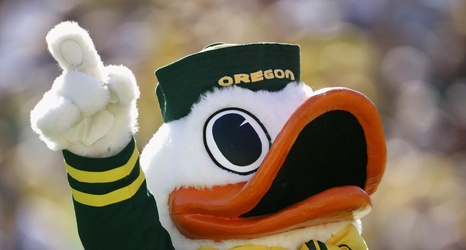 With the commitment of Dont’e Thornton, Mario Cristobal has brushed his masterstroke on the 2021 Oregon recruiting class.

The four-star receiver out of Baltimore, Maryland is the No. 6 prospect at his position and the No. 2 prospect out of Maryland. He chose the Ducks after being committed to Penn State and despite having some impressive offers, including but not limited to Florida, Notre Dame, Penn State, Auburn, Georgia, LSU, Miami, Ohio State, as well as PAC-12 foes Arizona State, USC and Colorado.

At 6-foot-4, the talented pass-catcher should make a play for immediate playing time in 2021, though some additional time in the locker room - listed at 185 on 247, though reportedly closer to 200 - would probably increase his chances at becoming an All-Conference player and even a high NFL draft pick.