Cristobal’s Name Cleared From Miami, Focus back on Bowl Game 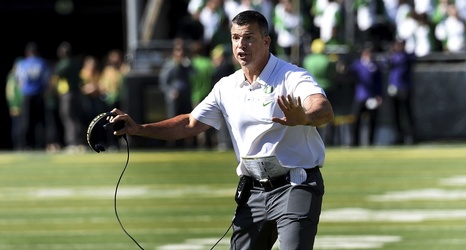 Sunday afternoon, a college football bombshell was dropped, as Mark Richt declared his resignation from Miami after a remarkably frustrating 7-6 season which ended with a 35-3 drubbing at the hands of Wisconsin. Normally, this news would be inconsequential on an Oregon fan site; however, our very own Mario Cristobal was listed as a top candidate to take over the position. As of yesterday, though, Miami hired Manny Diaz, who left the Canes two weeks ago to pursue the Temple head coaching job. Crazy story.

Nonetheless, Mario is safe with us here in Eugene for the foreseeable future, and I’m excited.