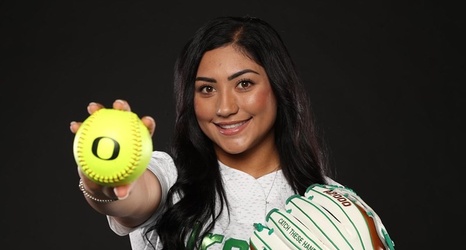 SAN FRANCISCO – Oregon sophomore third baseman Rachel Cid was named the Pac-12 Player of the Week Tuesday coming off of a stellar weekend of play at the Houston Classic, the league announced.

The Tracy, Calif. native earned the weekly honor for the first time in her career after hitting .467 with two home runs, eight RBIs and seven runs scored over the four games against Houston and Dayton. She turned in multi-hit and multi-RBI efforts in each of the final three games of the weekend, including back-to-back three-RBI performances in the last two games.