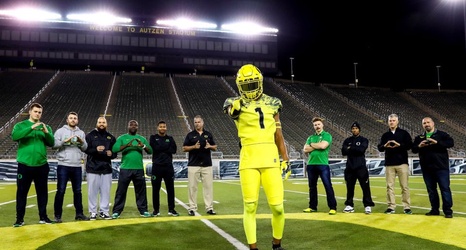 The Oregon Ducks have the nation's No. 3 recruiting class, according to Rivals, bolstered by an elite collection of defensive back talent.

This week, however, the Ducks received some hope that the group might get even better.

On Monday, consensus four-star cornerback Chris Steele, the nation's No. 6 player at his position, announced his decommitment from the USC Trojans.

See full article at The Oregonian