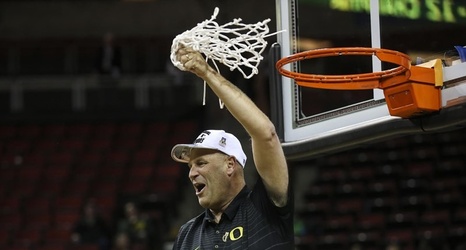 EUGENE, Ore. – For his role in helping the Ducks beat No. 24 Stanford, Joshua Charlton has been named the Pac-12 Player of the Week. The UO standout tallied two wins against the Cardinal, including a top-40 victory in singles play.

Against Stanford, Charlton recorded a three-set win over #36 Arthur Fery at No. 2 singles. The result was Charlton's first win over ranked opponent this season and gave the Ducks a 2-1 lead in the match. With the victory, Charlton improved to 12-5 in singles play this season and evened his Pac-12 record to 3-3.