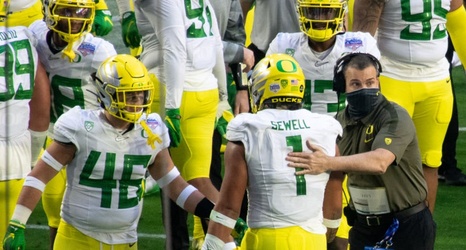 Jaylen Sneed is going to be one of those guys who makes a name for himself in college as one of the best linebackers in the country.

The four-star from Hilton Head Island, S.C., is a top-100 prospect according to the composite and he’s being pursued by a number of top programs, including Oregon football.