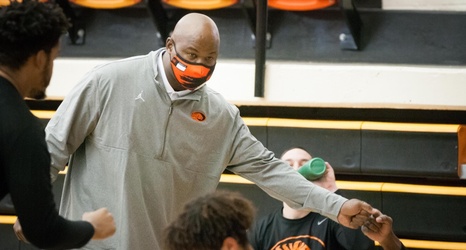 Crutchfield comes to Oregon after spending the 2020-21 season as the head coach at East Central University, and brings with him more than 20 years of collegiate coaching experience at some of the nation's top programs. Crutchfield fills the spot on Altman's staff vacated by Tony Stubblefield, who last week was named head coach at DePaul.

"We are thrilled to be able to add a coach of Chris' caliber to our staff, and are excited to welcome him and his family to the University of Oregon," said Altman.