After Victories Over Oklahoma St and UTA, #1 Oregon Loses to #8 Louisville in Paradise Jam 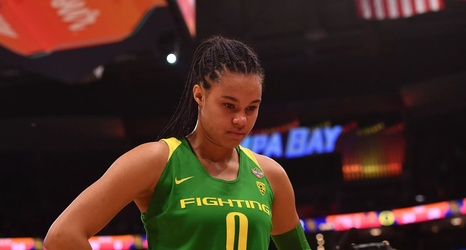 The Ducks were invited to the Paradise Jam, alongside #2 Baylor, #17 Indiana, #5 South Carolina and Washington State, but were only scheduled to play the three previously mentioned teams. The three matchups took place in a three day span and were available for viewing only on FloSports for a $12.50 subscription fee.

The #1 Oregon Ducks kicked off the Paradise Jam with a 34-point first quarter and never looked back in their opening matchup against Oklahoma State.