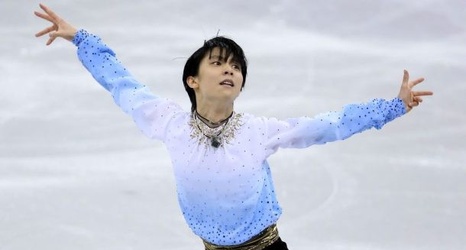 Yuzuru Hanyu skated the highest-scoring short program in history, breaking his own record at the Four Continents Championships in Seoul on Friday.

Hanyu, the two-time Olympic champion, tallied 111.82 points with a quadruple Salchow and a quad toe loop-triple toe loop combination. Hanyu reverted to his 2018 Olympic season short program for the first time. He held the previous short program record of 110.53 from November 2018.

Four Continents features top skaters from North America, Asia (but not Russia, which is part of Europe in Olympic sport) and Australia.