Yulia Efimova has lawyer ready if Russia ban affects her 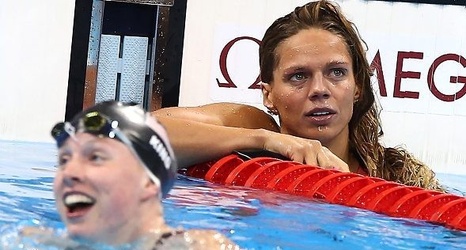 Yulia Efimova, the Russian swimmer who earned two Rio Olympic silver medals after initially being excluded from the Games for serving a prior doping ban, is bracing for another legal fight after the latest sanctions against her nation.

On Monday, Russia was banned from the 2020 and 2022 Olympics and the next four years of world championships in Olympic sports due to more recent anti-doping violations. However, its athletes can still compete as neutrals, if meeting specific anti-doping criteria, similar to how they did at the PyeongChang Winter Games.

Efimova was initially barred from the Rio Olympics under an IOC mandate that any Russian who previously served a doping ban would be ineligible due to the country’s anti-doping violations at that time.