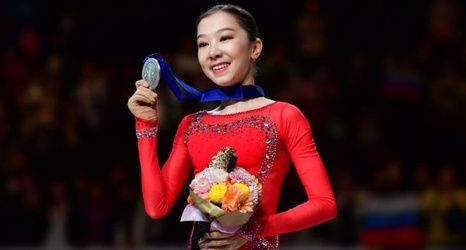 Elizabet Tursynbayeva, the 2019 World silver medalist, said she will not compete in figure skating’s upcoming Grand Prix Series, according to Kazakhstan’s Olympic Committee.

Tursynbayeva noted in stating her decision that world ranking points will not be awarded in the series, which starts with Skate America from Oct. 23-25.

Fields for the six Grand Prix events, held on consecutive weekends through November, have not been released.

Skaters will be restricted to one Grand Prix start — halved from the usual two — and to the event in their home nations or closest to their training locations.