With Anthony Fauci’s eyes on closed-door return, which Olympic sports can be played? 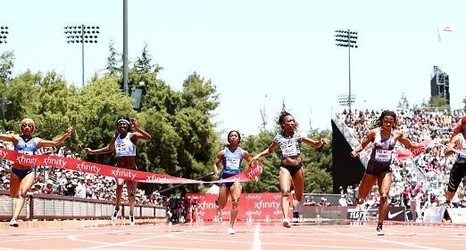 Anthony Fauci, the now-ubiquitous director of the National Institute of Allergy and Infectious Diseases, has outlined a path for sports to return in the United States behind closed doors.

Fauci, speaking with Good Luck America’s Peter Hamby, pointed toward a path for having public sports events this year.

“There’s a way of doing that,” Fauci said. “Nobody comes to the stadium. Put them in big hotels wherever you want to play, keep them very well surveilled … and have them tested every week.”

Such a plan might work for Major League Baseball, in which talk of a plan to put all 30 teams in Arizona has met with skepticism, or Germany’s Bundesliga, in which soccer teams have returned to training with the prospect starting play in May even after Chancellor Angela Merkel extended a ban on public gatherings through Aug.