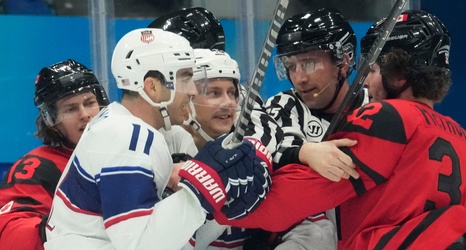 The U.S. men's hockey team is looking to go unbeaten in the preliminary round at the 2022 Beijing Winter Olympics.

The U.S. improved to 2-0 after defeating Canada 4-2. It was the first time the U.S. beat their archrival at the Olympics since the 2010 Vancouver Games.

They are scheduled to play Germany on Sunday morning with first-place on the line.

(Looking for a recap of yesterday's action? We've got you covered.)