Williams, Duggan weigh in on US soccer discrimination suit 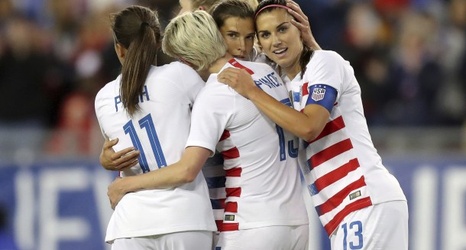 The players accuse the U.S. Soccer Federation of “institutionalized gender discrimination” that includes unequal pay with their counterparts on the men’s national team.

At the BNP Paribas Open in Indian Wells, California, Williams praised the players who came before her to fight for equal prize money in tennis.

“I think at some point, in every sport, you have to have those pioneers, and maybe it’s the time for soccer,” she said. “I’m playing because someone else stood up, and so what they are doing right now is hopefully for the future of women’s soccer.