Who is Ariarne Titmus, the Australian nicknamed the Terminator who beat Katie Ledecky? 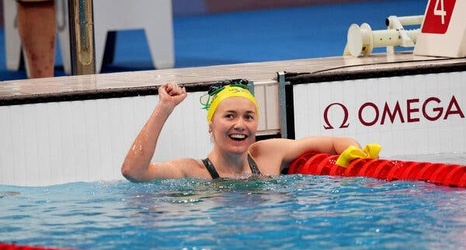 “Surreal,” said Titmus, who is competing in her first Olympics. “It’s the biggest thing you can do in your sporting career.”

Titmus, 20, is from Tasmania, a small island-state off the south coast of Australia. According to her profile on the Tokyo 2020 Olympics website, she began swimming at 7, and her success has earned her the nickname the Terminator.

Titmus joined the Australian Dolphins Swim Team in 2016, and a year later, went on to win a bronze medal in the women’s 4x200-meter freestyle relay at the 2017 World Championships.