Which U.S. athletes are qualified for the Tokyo Olympics? 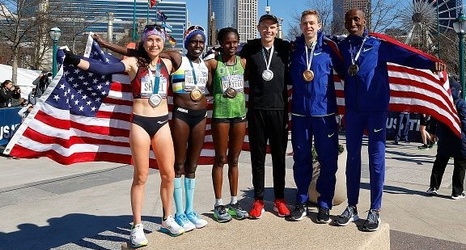 While we wait and see if Simone Biles, Noah Lyles and Katie Ledecky qualify for Team USA at their Olympic Trials, many other athletes have clinched their spots at the Tokyo Games.

In all, 145 athletes have so far qualified for the U.S. Olympic team, which should be more than 500 total athletes come the July 23 Opening Ceremony.

Many of the qualified athletes needed to be re-confirmed by the their national governing body and U.S. Olympic and Paralympic Committee following the Olympic postponement to 2021. But there are no signs that any of their spots are in jeopardy.