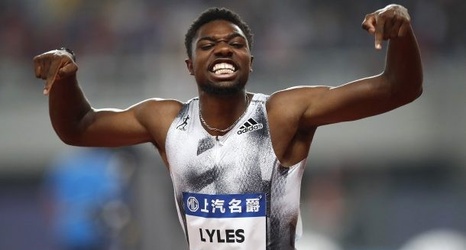 Lyles leads the field in the 200m, where he is the fourth-fastest man in history.